The above photo of Gid Tanner and His Skillet Lickers is very likely in the public domain.

Please copy/paste some of the links on this page to a URL window, — I’m working on correcting where they link to. Thanks for your patience!

Gid Tanner and his Skillet Lickers is one of the great Old Time music bands.  Old Time Music revivalists of today have learned much and still work with tunes played by these amazing musicians.  Here are some examples:

Tune:  Dance All Night With a Bottle in Your Hand:  https://www.youtube.com/watch?v=49tsYtp3qQI

I like the way the Skillet Lickers play tunes at a less-than-frenetic speed.

Important revivalists include Mike Seeger and Pete Seeger, who brought the music to New York City as early as the 1940s. The New Lost City Ramblers in particular took the revival across the country and often featured older musicians in their show. The band was originally Mike Seeger, John Cohen, and Tom Paley. When Tom left the band, he was replaced by Tracy Schwarz. New Lost City Ramblers sparked new interest in old-timey music.

History of the Fiddle 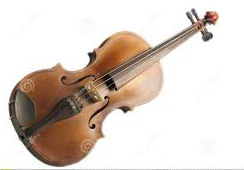 Historically, the fiddle (an instrument of European origin originally played only by people of European descent, both free and indentured) was nearly always the leading melodic instrument, and in many instances (if no other instruments were available) dances were accompanied only by a single fiddler, who often also acted as dance caller.

History of the Banjo

By the early 19th century, the banjo (an instrument of West African origin originally played only by people of African descent, both enslaved and free)[2][3] had become an essential partner to the fiddle, particularly in the southern United States. The banjo, originally a fretless instrument and frequently made from a gourd, played the same melody as the fiddle (though in a lower register), while simultaneously providing a rhythmic accompaniment incorporating a high drone provided by the instrument’s short “drone string.” The banjo used in old-time music is typically a 5-string model with an open back (i.e., without the resonator found on most bluegrass banjos).

History of the Mandolin

The Mandolin Cafe gives a “Brief History of the Mandolin” and includes the following categories and more.  Marian plays mandolin and octave mandolin, so she’s particularly interested in this history.

The Mandolin In [Ancient] History

The Mandolin Comes To North America
The mandolin entered the mainstream of popular American culture during the first epoch of substantial immigration from eastern and southern Europe, a period of prosperity and vulgarity, when things exotic and foreign dominated popular taste.

It was in vogue in the 1850s, when it shared the parlor with zithers, mandolas, ukuleles, and other novelties designed to amuse the increasingly leisured middle class. A marked increase in Italian immigration in the 1880s sparked a fad for the bowl-backed Neopolitan instrument that spread across the land. 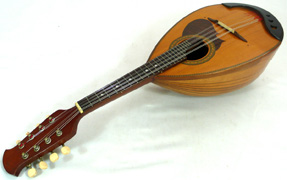 The mandolin was even among the first recorded instruments on Edison cylinders. In 1897, Montgomery Ward’s catalog marveled at the ‘phenomenal growth in our Mandolin trade’.

The Rage of the New Century: By the turn of the century, mandolin ensembles were touring the vaudeville circuit, and mandolin orchestras were forming in schools and colleges. In 1900, a company called Lyon & Healy boasted ‘At any time you can find in our factory upwards of 10,000 mandolins in various stages of construction’. From the Sears and Montgomery Ward catalogs, mandolins proliferated across the South. Attempting to beat the competition, the Gibson company sent field reps across America to encourage sales of mandolins, and to establish mandolin orchestras.

The Evolution Of The Modern Flat-Back Mandolin

The Influence of Bill Monroe 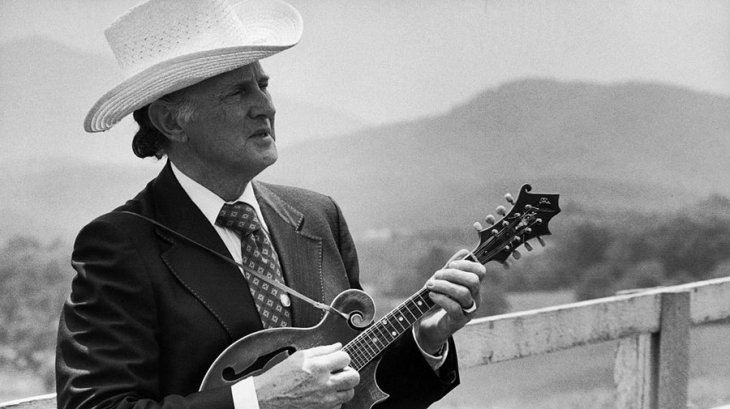 As the popularity of mandolin orchestras and the mandolin as a parlor instrument in the United States began to wane, it began to take somewhat of a back seat to other instruments. In old-time country music, the mandolin was often present, but generally only as an accompanying instrument, playing along with the ensemble.

All that changed with the emergence of Bill Monroe and the Monroe Brothers. Like most of the other brother acts of the 30’s, Bill and his guitarist brother Charlie sang sacred and sentimental songs in beautiful two-part harmonies. But in contrast to the sweet, relaxed tremolo style of mandolin playing so common in the other brother duets, Bill played fiery cascades of rapid-fire notes that brought a power and urgency to the music that simply had not been there before. As Doug Green from the Country Music Foundation has noted, he ‘… drew his inner fire and turmoil into his music, expressing it with his mandolin…’.

…This was also the time when radio was sweeping the country. Monroe’s mandolin playing was getting to a lot of people via the radio, people who didn’t know the mandolin was being used that way. People responded to the raw emotion of his playing, and the Monroe Brothers became one of the more popular brother acts of the era. Monroe later went on to create the bluegrass style (named after Monroe’s band, The Bluegrass Boys), which put the mandolin securely at center stage.

This photo gratefully used by permission of Dave Clayton

History of the Guitar

Before the development of the electric guitar and the use of synthetic materials, a guitar was defined as being an instrument having “a long, fretted neck, flat wooden soundboard, ribs, and a flat back, most often with incurved sides.”[1] The term is used to refer to a number of chordophones that were developed and used across Europe, beginning in the 12th century and, later, in the Americas.[2] A 3,300-year-old stone carving of a Hittite bard playing a stringed instrument is the oldest iconographic representation of a chordophone and clay plaques from Babylonia show people playing an instrument that has a strong resemblance to the guitar, indicating a possible Babylonian origin for the guitar.[1]

The modern word guitar, and its antecedents, has been applied to a wide variety of chordophones since classical times and as such causes confusion. The English word guitar, the German Gitarre, and the French guitare were all adopted from the Spanish guitarra, which comes from the Andalusian Arabic قيثارة (qitara)[3] and the Latin cithara, which in turn came from the Ancient Greek κιθάρα (kithara).[A]

Many influences are cited as antecedents to the modern guitar. Although the development of the earliest “guitars” is lost in the history of medieval Spain, two instruments are commonly cited as their most influential predecessors, the European lute and its cousin, the four-string oud; the latter was brought to Iberia by the Moors in the 8th century.[5]

At least two instruments called “guitars” were in use in Spain by 1200: the guitarra latina (Latin guitar) and the so-called guitarra moresca (Moorish guitar). The guitarra moresca had a rounded back, wide fingerboard, and several sound holes. The guitarra Latina had a single sound hole and a narrower neck. By the 14th century the qualifiers “moresca” or “morisca” and “latina” had been dropped, and these two cordophones were simply referred to as guitars.[6]

The Spanish vihuela, called in Italian the “viola da mano“, a guitar-like instrument of the 15th and 16th centuries, is widely considered to have been the single most important influence in the development of the baroque guitar. It had six courses (usually), lute-like tuning in fourths and a guitar-like body, although early representations reveal an instrument with a sharply cut waist. It was also larger than the contemporary four-course guitars. By the 16th century, the vihuela’s construction had more in common with the modern guitar, with its curved one-piece ribs, than with the viols, and more like a larger version of the contemporary four-course guitars. The vihuela enjoyed only a relatively short period of popularity in Spain and Italy during an era dominated elsewhere in Europe by the lute; the last surviving published music for the instrument appeared in 1576.[7]